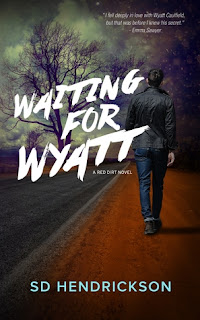 "The dogs that deserved a chance, the guy who needed a second, and the girl determined to save him."My name is Emma Sawyer.I met Charlie and Wyatt on the same sultry, summer day. It was unexpected, leaving a feeling in the pit of my stomach like the time I drove too fast over Beckett Hill. The moment happened out of nowhere, all fast and quick and a little strange. Or maybe that was just Wyatt's personality.It was Charlie that brought us together. Little Charlie with those ridiculous ears. I found the dog, waiting in a pool of his own blood. Waiting for someone. Waiting for me.Now Wyatt, he wasn't waiting for anyone. At least that's what he said, except I saw something different in the broken guy all alone out in the woods. I knew he needed me before he knew it himself.Wyatt with his hidden dimples. Wyatt with his warnings to stay away. He was a hard lump of coal, ready to burn everything around him. The more he burned, the more it pulled me into the pain I saw etched on his troubled face.I wanted to help Wyatt. I wanted to save him like he had saved all the Charlies in the world. He told me not to fall for him, but I did anyway. I fell hard and fast and deeply in love with Wyatt Caulfield.But that was before I knew his secret.Author Note: Waiting for Wyatt is the love story of Wyatt Caulfield and Emma Sawyer, which also features rescue animals. It's a 112,000 word standalone, Contemporary Romance / New Adult Novel.
And when posting reviews, please try to preserve the mystery of Wyatt's secret for other readers so they can have the experience of finding out along the way. Thanks.

Waiting for WyattSD Hendrickson5 plus a million more starsI don’t even know how to start writing this review. This book will go on my shelf forever. Anything that is written which includes the brilliance of including and shedding light on the rescue of abused animals is a book for me. Not only do we have spectacular characters in this read but the deep love and loyalty of these angels on earth is more than I can put into words. If you have ever been to a shelter and even worse a shelter that kills you know how important this story is. SD is a genius in showing us the pain and suffering of a human while mirroring the pain and suffering of the unwanted soul of a dog. If you can read this story and still simply stand on the sidelines and not do something than you have no heart. Brutal and honest – you bet your ass and if you think I'm nuts then go to a shelter more than once, look into the eyes of those dogs and see if you can feel nothing. Emma Sawyer, “rescues” Charlie from her neighbor or better put steals him away from her landlord who was abusing the dog. In her plight to keep Charlie safe she had to get him away from her home. The shelter sent her to Wyatt Caulfield. Wyatt rehabilitates abused and unwanted dogs back to health on his compound. He works alone keeping the darkness in him .. keeping his troubles to himself, pouring his love into the tormented babies who came to his door. Emma sees the man Wyatt is … she sees inside him …. and you will NOT believe what happened in his past to catapult him into a life of reclusiveness. The author has asked reviewers to NOT give away any indication of Wyatt’s past and what his life held for him so of course I won't. What I can tell you is you NEED THIS BOOK. You need to share this book, everyone needs to know the title of this book and what lies between the pages not only because it brings the horrific crimes we allow to continually be unpunished towards animals but also because it will remind you of how the human race is failing. Whether it's compassion towards each other, animals or differences in hardships causing us to be judge and jury when we have no right there are eye opening lessons to be read. There isn’t a single word in this book that I would change. Emma and Wyatt are extraordinary. I will never forget them and I will never forget our secondary four legged angels gracing these pages either because I know these characters personally ….. I see them, I hold them, I show them what their life was meant to be and not what it was … even if it is “too late” … those few minutes, few hours of love; knowing it’s the only love they will ever receive … it will break you and it times destroy you . But every single one of them holds a piece of my heart. YOU MUST CLICK THIS BOOK UP. You will be talking about this one for a long time friends. Review to post to Ramblings From Beneath The Sheets. Thank you SD for the ARC. I am honored to have been given the opportunity to read this story. For all the diamonds in the rough, for all the tortured souls … we are forever grateful.
Posted by Ramblings From Beneath The Sheets at 8:57 AM

Email ThisBlogThis!Share to TwitterShare to FacebookShare to Pinterest
Labels: My Reviews

Ramblings From Beneath The Sheets

Ramblings From Beneath The Sheets has read 0 books toward her goal of 50 books.
hide
0 of 50 (0%)
view books 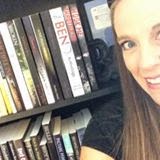